Companies create new growth through the expertise of PhDs 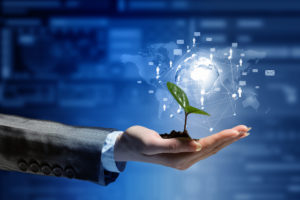 The Post Docs in Companies program, which unites PhDs and companies, funded 19 new doctoral and company cooperation projects in the spring application round. The applications emphasized regional diversity.

The Post Docs in Companies program, which unites PhDs and companies, funded 19 new doctoral and company cooperation projects in the spring application round. The applications emphasized regional diversity.

The Post Docs in Companies program (PoDoCo) funded 19 new doctoral-business collaborations in its spring application round. Already 187 doctors have supported the renewal of companies through the PoDoCo program, which started in 2016.

“A record number of PoDoCo applications, 39, arrived this spring. The last time we got such a vast number was in 2016”, says Dr. Seppo Tikkanen, the leader of the PoDoCo program at DIMECC Ltd.

The number of applications implies that companies are ready to invest in new growth and business ideas with the help of doctoral expertise. The regional coverage of the applications was wide for both the universities of the PhDs and the partner companies.

“The University of Eastern Finland received more applications than ever before. Four of these applicants will receive a PoDoCo grant. Many of the applications were medical-focused,” says Tikkanen.

Half of the PoDoCo applications came from students with a foreign background, and the proportion is the same in approved applications. Most of these applicants have defended their dissertations in Finland, but in this spring round, there was an increase in applications from abroad.

“Seven applications came from PhDs from foreign universities, which indicates that PoDoCo succeeds in attracting high-level experts to Finland.”

Dr. Siru Salin, who completed her doctoral degree at the University of Helsinki, Department of Agricultural Sciences last autumn, concentrates in her PoDoCo collaboration on more efficient use of slaughterhouse fractions in pet food. The research aims in obtaining scientific research data on the nutrients of raw feeding and lightly cooked dog food.

“Alternatives to high-processed, carbohydrate-rich dry dog ​​foods have interested me for decades and have influenced my own dog feeding choices,” says Siru Salin.

Interest in dog feeding research has influenced her choice of academic career path.

About 80% of the pet food sold in Finland is imported as dry or canned food. However, pet owners are increasingly appreciating domesticity and saving the environment, and respect these in pet food as well. The target of the research is to introduce a new kind of complete food for Snellman Lihanjalostus Oy’s product range.

The collaboration with the company began when Salin contacted the pet feed business director and proposed research collaboration.

“I am glad that Snellman Lihanjalostus Oy wants to utilize my expertise in developing high-quality, domestic, environmentally friendly dog ​​food. Through cooperation, my own interest naturally combines with the company’s product development,” says Salin.

Flowrox Oy from Lappeenranta and Dr. Alexander Sokolov are studying plasma oxidation in their PoDoCo collaboration. Plasma oxidation is a new, energy-efficient water purification solution suitable for example process water disinfection. Flowrox has already commercialized the first industrial solution. Research data is however scarce on sizing plasma oxidation for microbial control, so the PoDoCo project has both scientific novelty value and a decisive impact on commercialization.

“Flowrox has very good experiences with PoDoCo and Dr. Sokolov is already the second doctor from LUT University that joins us via the program. Sokolov has a perfect background for the task and the research topic addresses a relevant part of an agile sales process, which is imperative in commercialization of such a novel technology,” says Dr. Petri Ajo, Head of Flowrox Environmental Technologies.

There are no limitations regarding the branch of science or branch of industry.